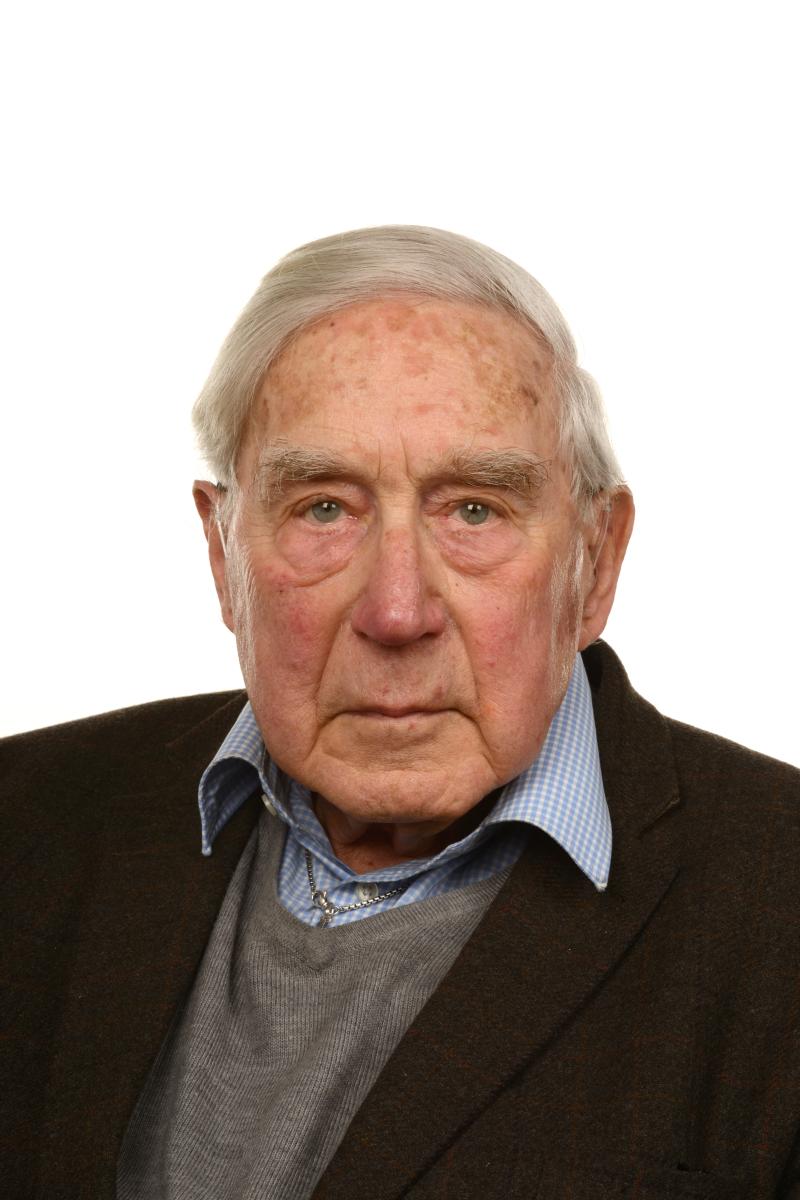 I am a central European Refugee, born in Germany in 1926 of a Czech father and half German half Brazilian mother, both of Jewish ancestry. My mother was a GP and after Hitler’s arrival, we moved to Belgium in 1935 but my mother died in 1937.

I started my English Boarding school education commuting between Belgium during Holidays and England in term time. My education was cut short in 1941 after my father’s escape from Belgium when it was invaded by Hitler’s army while I was at school evacuated to Cornwall; but my father was penniless and unable to continue paying the school fees.

I began my career in the Law as a Probate Manager in a Cornish firm of solicitors at the age of 15 (due to shortages of staff called up for military service) and after 2 years moved to London where I joined Crawley & de Reya as a “Legal Executive” until, after being naturalised British in 1945, I qualified in 1950 and was admitted to the Roll of Solicitors of the Supreme Court. At the same time, I became a partner in charge of developing and expanding a new speciality and expertise in representing and advising companies and individuals engaged in the acquisition of rights, and employment of Producers, Scriptwriters, Directors, Technicians and Artists for the production, financing, distribution and exploitation of cinematograph films. This involved a knowledge of the laws of Contract, Defamation, Copyright, Financing security, and Trade Unions. In 1956, I expanded the speciality to include representation of and advising new companies awarded the franchise of Commercial Television, on their productions in addition to Theatrical presentations and productions, all of which, nowadays, is included in major law firms as “Entertainment Law”, but in which I and two or three other were pioneers in our day.

Among the many “show business” people and companies I represented and advised, were

Two Cities Films Ltd, producer of many wartime British film productions such as “In which we serve” “The Way ahead” “The way to the stars” and Laurence Olivier’s “Hamlet” and “Henry V”;  Romulus and Remus Films Ltd, producers and distributors of films like “The African  Queen” and many others famous in their time.

I also represented individual film, theatrical and TV Producers Directors Writers Technicians and stars including Lord Richard Attenborough, (Producer and director of many films including “Ghandi” “Shadowlands” “Dr. Doolittle” and others in partnership with Bryan Forbes), the Boulting brothers, Peter Ustinov, Olivia de Havilland, Gina Lollobrigida, and Cornel Wilde, and on the corporate side I was legal adviser to Anglia TV, HTV, and Grampian TV and eventually 20th Century Fox’s Production arms in London, Paris, Rome and Frankfurt and accountable to their New York General Counsel for overseeing the legal affairs of all their European activities.

Apart from my film and TV work, inter alia, I also advised and became part of the governing body under the chairmanship of Lord Charles Forte, a Victorian Charity which ran the Italian Hospital to help the Italian population in London which was eventually sold to the Great Ormond Street Hospital for sick children. For my services I was awarded the Italian honour of “Commendatore of the Italian Republic”.

After negotiating mergers of my firm Crawley & de Reya with Bartlett & Gluckstein which became “Bartletts de Reya in 1978 (following the death in 1972 of my mentor A.F. de Reya) and again in 1988 when my “Entertainment Law” partners and department joined Lord Mishcon’s firm to become Mishcon de Reya, I retired in 1992, but in 1996 was called back to be a consultant in the City firm of Theodore Goddard firm with whom I stayed until 2002 when I finally retired after 60 years in the Law.

I married my wife Dr Olga Raphael in 1953 who also practised as a GP. We had two daughters, now both married each with two children. One family being in Australia, the other in Wiltshire, and my wife died in 2009 after 56 years of happiness.  In trying to occupy my time in 2012, I started as volunteer in the “Hearing Aid walk-in repair clinic” of the Audiology department at the Royal Surrey County Hospital where I have “worked” every Monday ever since seeing and dealing successfully with on average 4 or 5 patients out of some 30 or more in each session which has saved the time of the audiologists, and their cost to the NHS.

In my time as a volunteer I have become interested in and impressed with everything I have learned about the hospital which encouraged me to apply for the vacancy in the Board of Governors to which I have been elected, in the hope that my Commercial and Corporate legal experience although now somewhat out of date, may be of some help in furthering the many ambitions of the government of the Hospital.